When I went to elementary school, we discussed things like children do. We said what we liked, what we didn’t care about or what we flat out hated.
Then I went to secondary school (at least I think that’s what Americans would call it). There the teachers wanted to teach us to discuss issues like grown-ups do. Collect arguments, sort them in a pro/contra scheme, then debate on them. My problem: Never was one side a clear winner. It might work for the arguments, but the whole topics are not that easy.
I hated it. I won these debates, but till this day I don’t like the pro/con idea.
Nowadays, when I turn on the news, I get the same feeling I got in the classrooms. There doesn’t seem to be room for interpretation, analysis or a variety of different opinions. Everything has become pro/con. 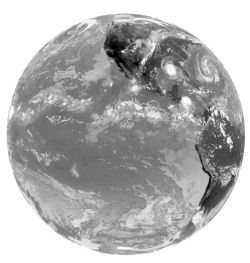 While people see and report things as black or white, I enjoy the different shades of grey.
Have you ever felt stuck in a corner, when a topic came up and all of a sudden people asked you: “What do you say? Yes or no?”, but you haven’t really thought about it? Or maybe you have thought about it, but found reasonable arguments on both sides?
Welcome to the world of grey tones. The German comedian Dieter Nuhr once said:

I think there is a big misunderstanding. You can have an opinion in a Democracy – you don’t have to.

“In this war, you’re either with us or with the terrorists!” Uhm, what if I’m with you, but not with the war?
“Are you for globalization or against it?” I don’t know, I’ve never seen it done in a fair way. All I see are corporations looking for cheap labor.
“What are you? Liberal or conservative?” Actually, I’m both. People are complicated.
“If you’re against the war, you are against the troops.” Wow, this is stupid.
The list could go on and on. Republican or Democrat? Left or right? Pro-choice or pro-life? You get my point.
As long as people tell me to chose between two extremes, I mostly stand in the middle, smiling.
Next time when you hear politicians talking on the news, babbling about their color, think about it and ask yourself where you stand – black or white? Or do you join me in grey?

20 Things to keep in mind when visiting Germany

10 common German prejudices about the USA

10 clear signs that you’re a workaholic